The town of Burton upon Trent had a more acute problem of sewage disposal in the mid 1800's than any other town or city in Britain, due to the large number of breweries situated in the area. The brewing processes generated a large quantity of foul smelling, high temperature, sulphate rich effluent which also contained a lot of suspended matter. This was all discharged into local brooks and streams, which became open sewers, until eventually the crude sewage ran into the River Trent at an outfall at Wallsitch.

Clearly something had to be done about the situation and in 1866 a sewer was built to take the effluent to an area called Claymills, on the outskirts of the town, where sedimentation tanks were constructed. The sewage was allowed to settle in the tanks, before being discharged into the River Trent. The only effect of this was to transfer the site of the sewage problem - not surprisingly the situation grew worse and it was obvious that further action would be required.

It was decided to build a pumping station on the site of the sedimentation tanks to pump the effluent some 2¼ miles to a sewage farm which would be built to deal with the sewage. The Burton on Trent Corporation obtained an act of Parliament in 1880 allowing them to execute these works.

The sewage farm, located at Egginton & Etwall, at an elevation of 70 feet above the pumps at Claymills was laid out over 300 acres in 1884 and was fully operational by 1886. However, almost immediately there were complaints about the stench coming from the farm, so lime was added to the effluent both at Claymills and at the farm to reduce the problem. 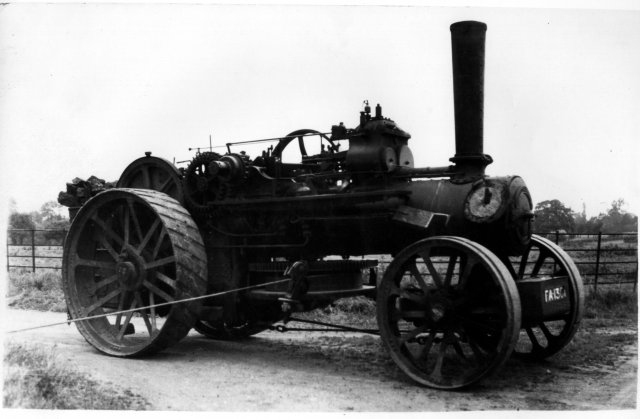