The Claymills Pumping Engines Trust was incorporated in 1993 as a non-profit-making body to promote and preserve for the benefit of the public the nineteenth century Claymills Pumping Station complex including all buildings, engines and equipment situate at Meadow Lane, Stretton, Burton on Trent. 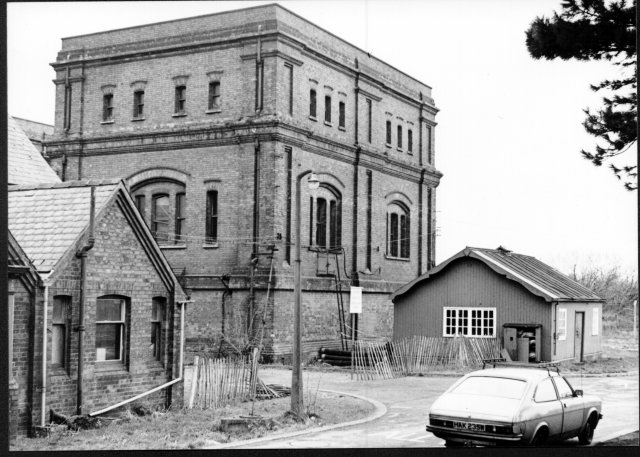 Severn Trent Water put some information in the Stationary Engine Research Group newsletter and Dave Wombwell read this. He rang Severn Trent to see if he could join the preservation group and found out that he was the first to ring.
It was decided that he should get together a group with Severn Trent's blessing. A few calls to other members of the SERG got together the initial members of the group. Proposals were made to Severn Trent and an article in the SERG bulletin got some more members. They also circulated Burton Civic Soc., Derby Archaeological Soc. etc.
About 30 people were at the first meeting at Robert Morton Ltd. Derby Burton. They then formed a steering committee and had various negotiations with Severn Trent, Duval Brownhill and English Heritage.
The membership drive continued with a stand at Burton model engineering exhibition and talks were given to various local societies (at sometime the site became a grade II* listed building).
Severn Trent stated that certain work must be done before the group could go on site (boiler house roof repairs, asbestos removal and engine house roof & window repairs etc.) for safety reasons. There was a second meeting at Burton Heritage Brewery.

The site was handed over in September 1993 and the group formed a charitable trust to put the group on an official footing. From October 1993 there have been regular on site working parties.
Following lots of hard work, steam was at last raised again in boiler 5 during December 1998 and 'C' engine was first run again in May 2000. 'D' engine followed a year later.

In October 2013, the Trust agreed terms with Severn Trent Water and at the 20th anniversary celebration steaming, a 60 year lease was handed over.

After nearly sixteen years work behind the scenes, the Trust received confirmation in March 2016 that the Museum Accreditation process had been successful and that Claymills is now a fully Accredited Museum.